“Ukrainian Night” is a romantic moment, a spiritualized state of a dreamy soul. This is what artists, writers and poets have been praising for centuries.
Ukrainian folklore, paintings by Pymonenko and Kuindzhi of the same name,
Gogol’s description of the May night, our own perception—all of this formed the basis for the idea to depict just such a plot.

A mystical fairy tree with unknown fruits envelops a couple in love; colors are juicy and cheerful, as if the lovers are glowing from within.
And, of course, special attention is paid to lettering, where the inscription has asymmetric serifs, the character of the historical Ukrainian Cyrillic alphabet, which was so competently and actively used by the artists of the early XX century, and which one does not want to be forgotten in the modern world at all. 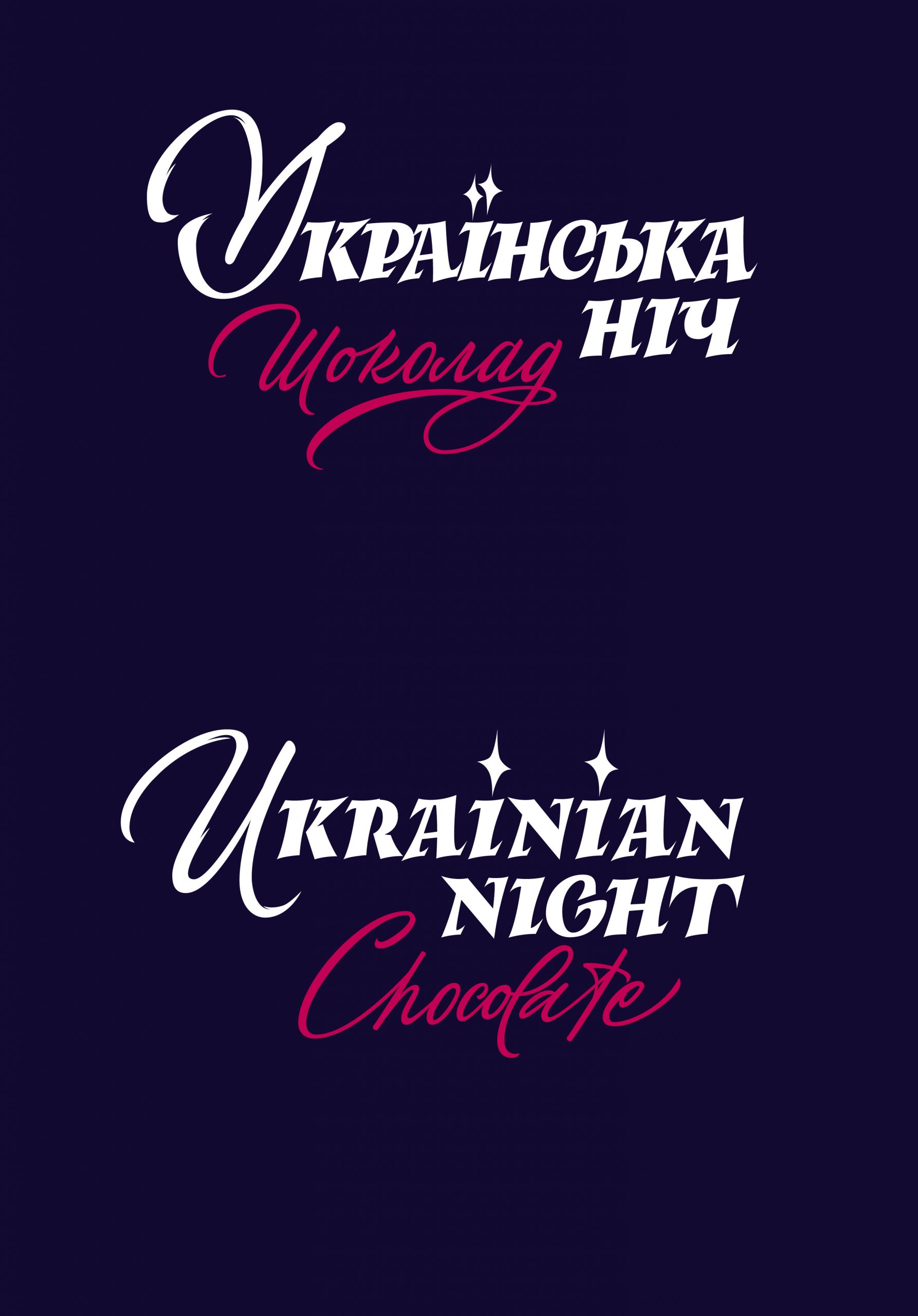 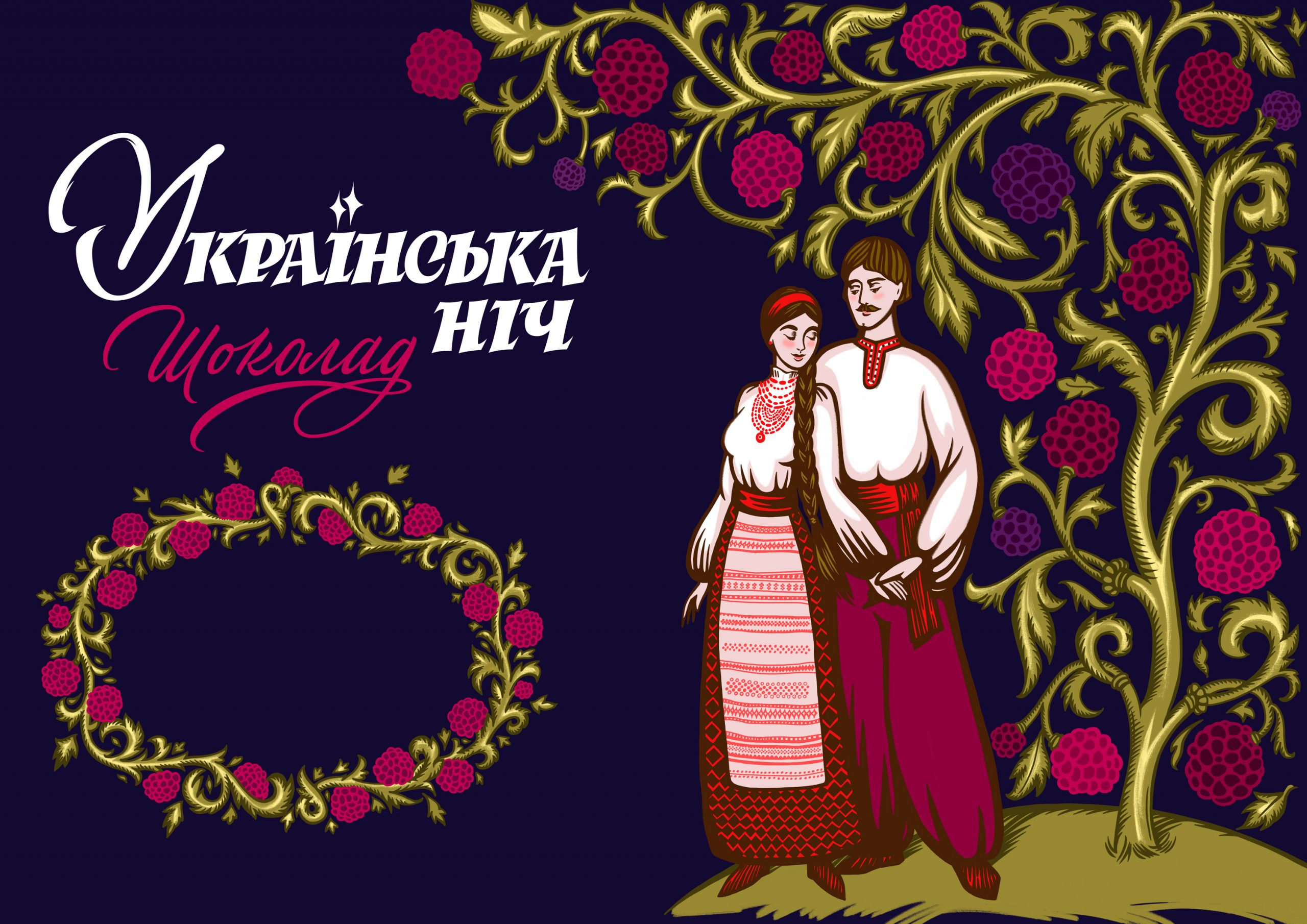 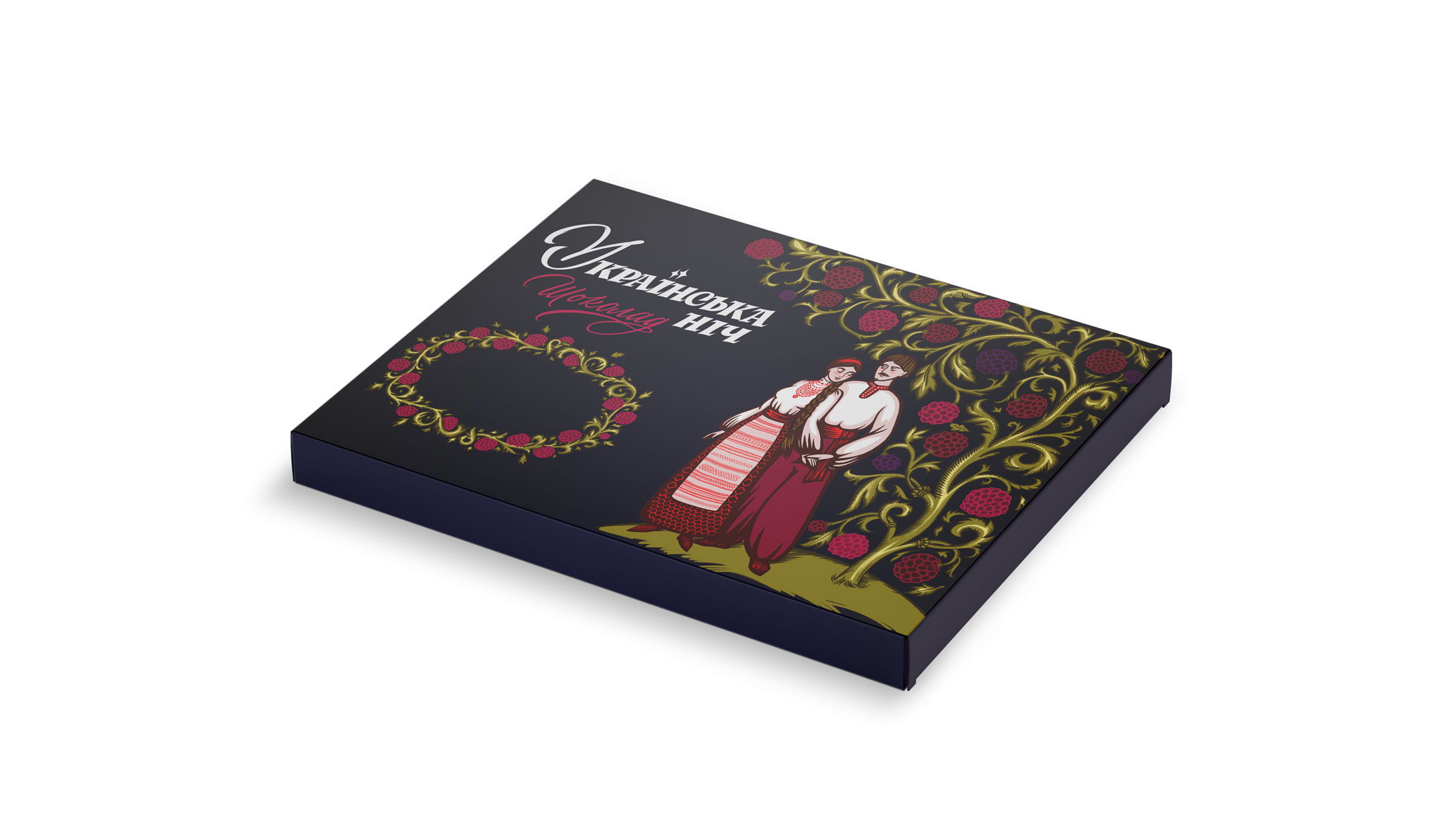 Target audience: Ukrainian duty free, foreigners who want to bring home a part of Ukrainian traditional culture with them.